'March For Our Lives' at SUNY Old Westbury

Following the Long Island Women's Diversity Summit on Saturday, March 24, 2018, hundreds of students and local residents marched through the SUNY Old Westbury campus to advocate for gun reform. The March For Our Lives movement was spurred into action after the tragedy at Marjory Stoneman Douglas High School in Parkland, Florida. Local marches were conducted nationwide, often organized and led by students - including the march at Old Westbury.

In an interview with The Great Neck News, senior Samantha Barr said, "People younger than us shouldn’t have to be afraid of guns. I know personally, I’ve talked to a few of the Florida survivors, and what they’re going through is terrible. No one should have to go through that, especially kids who are just trying to get an education.”

At another local march, Congressman Thomas Suozzi noted, “There are over 700 marches going on throughout America today. Twelve marches going on in Long Island alone. We have to thank our young people throughout the country, throughout the island, thank all of them. Ninety percent of Americans support common sense gun reform. Background checks for commercial sales, gun violence restraining orders for people that are mentally ill or that have domestic violence issues or felons who have guns in their house and shouldn’t. This kind of legislation is universally supported in this country, but we can’t get it brought up to the floor of the house because our politicians are beholden to special interests. That has to change.”

Several students and faculty members participated in the March, including the Politics, Economics and Law Club, and Adjunct Professor of History & Philosophy and First-Year Experience Christine Keller, who also coordinated the day's Diversity Summit. The march culminated in a rally in front of the New Academic Building where various activists gave heartfelt speeches to the crowd. 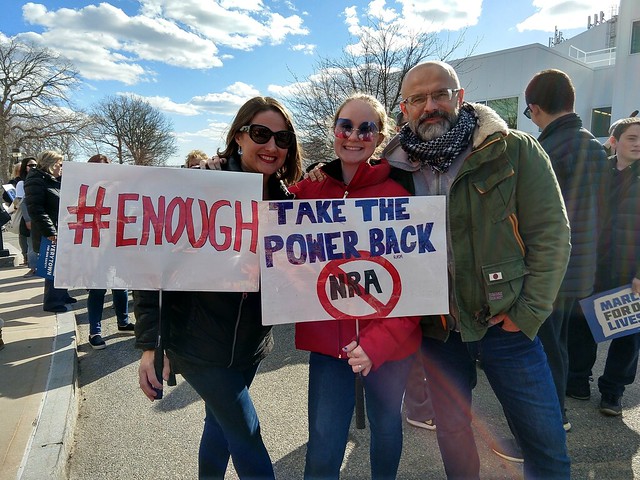