Like an episode of "The Big Bang Theory," but in person, and real.

SUNY Old Westbury welcomed Dr. Sylvester James Gates, Jr., a noted theoretical physicist, as the keynote speaker for the Student Research Day on Tuesday, April 17, 2018. The day included almost 100 student presentations from the Schools of Arts & Sciences, Business, Education, and Professional Studies, prior to his inspirational speech on the importance of Science, Technology, Education, Mathematics (STEM), diversity, and his service to former President Barack Obama.

After a nearly 30 years career as a researcher and professor for the University of Maryland, Dr. Gates suggested that a career in STEM will almost guarantee future generations a position in the workforce. He wanted those present to understand the significance of having a career in a field that would "power and innovate" new technology.

A proud achievement that he discussed with the audience of students, faculty and staff was his position on President Obama’s Council of Advisors on Science and Technology, and later being awarded the President's National Medal of Science. Gates earned the medal for his “contributions to the mathematics of supersymmetry in particle, field and string theories and extraordinary efforts to engage the public on the beauty and wonder of fundamental physics,” according to the President.

A love and dream of STEM began for Gates as a young child, and such dreams would later become true through his willpower and enthusiasm for knowledge. He encouraged individuals to consider careers in STEM, despite their race, gender, or economic status, as it is never too late to make that dream a reality as it will be the "future of tomorrow."

This article was written by Arlyn Sorto, a Media & Communications student. 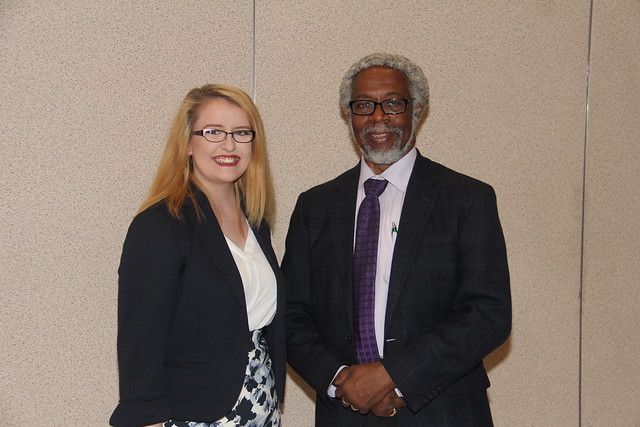