As part of SUNY’s recent partnership with Cuba’s Ministry of Higher Education, a group of six SUNY Old Westbury students participated in a study abroad program to Cuba in January 2018. The "Themes in Afro-Cuban Cultures" course, proposed and led by Professor Zenaida Madurka, won the Chancellor’s Grant for Innovative Study Abroad Programs 2017-2018. The Modern Languages course is structured around pertinent readings, and presentations by guest speakers and museum curators.

The group traveled through Cuban cities with considerable African traditions, such as Matanzas, Cienfuegos, Trinidad and Havana. Visits to sites including the Museum of the Slave Route, Manaca Iznaga Ingenio Azucarero (an 18th Century sugar mill), the 17th century Fortress of Jagua, the Municipality of Regla, Casa Africa Museum and The Museum of Contemporary Art among other sites, introduced students to Cuba’s rich African heritage as presented in the nation’s visual arts, religions, music, dance and philosophy of life.

According to Shari Diaz, a senior studying bilingual education, in a blog post about her experience: "Statues were not just sculptures for taking pictures and museums were not just cold buildings full of artifacts. They held stories that we dissected and carefully analyzed together as a group. This made walking the streets that Cirilo Villaverde mentions in his book "Cecilia Valdés" that much more meaningful. We felt the emotions of what his characters, Leonardo and Pancho, felt walking the streets of La Habana while dealing with systematic racism. We stood in awe in front of the statue of Cecilia Valdés. We held the shackles that once weighed down our ancestors at el Museo de los Esclavos in Trinidad. We felt the African drums and culture permeate through our souls while participating in a Rumba in Cienfuegos. We learned the ancestral stories about the African Orishas at La Casa de Africa. We saw syncretism with Catholicism first hand at La Iglesia de Nuestra Señora de Regla. Most importantly, we felt the love and welcoming spirit of the Cuban people everywhere we went."

Students interested in the 2019 program to Cuba should contact Ms. Becky Evans in the Office of International Enrollment Services, Campus Center I-210. Madurka will be hosting an event to discuss the program and January trip from the students' perspective on Tuesday, March 27, 2018 at 1 p.m. in NAB Room 1100. 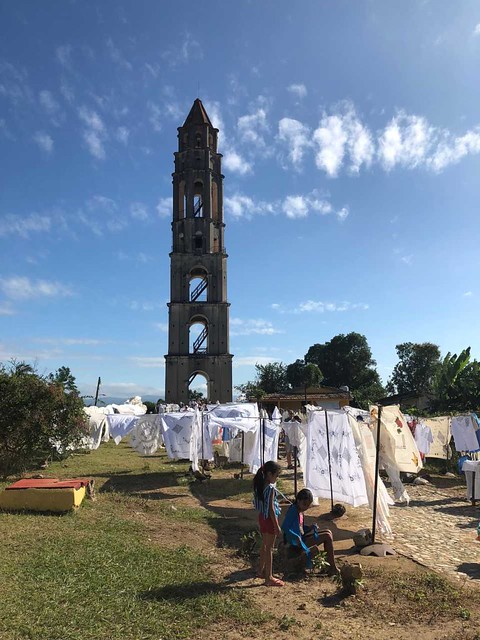